Find out what I can design and print for you

My first experiments with '3D' were already in the early nineties of the last century. Long before I said goodbye to Windows and found my future in Linux and Mac OS X, I tried to create computer animations on my self-assembled Intel 486 PC. Many nights were spent modeling and animating, but especially the enormous calculation times at that time.

An old 'show reel', with animations, so almost 35 years old, is still online. I then unnoticed the foundation for my current 3D life. 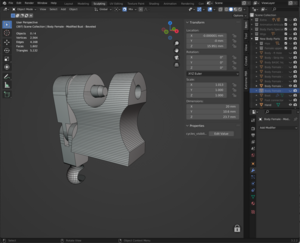 After a break of almost two decades, during which I mainly focused on graphic design, photo retouching and developed into De Online-Ontzorger, I (re)discovered 3D design, animation and recently also printing at the beginning of this century.

Today's lightning-fast tools and computer hardware are a breath of fresh air compared to my spartan 3D 'youth' of yesteryear. With powerful 3D software like Blender, modeling and animating is now only limited by one's own imagination! Recently, the option to actually print my own designs has been added. A small selection of my 3D projects realized since then, can be found on Printables and Thingiverse.

The thorough 'old-skool' 3D foundation is still useful today when drawing or designing the most diverse elements or objects myself. Whether it's a new spool holder for the grass trimmer, a dust port adaptor for a tool from the workshop or a cover for the depth sounder on the sailing ship of your uncle... once you have a 3D printer, 'projects' pop up everywhere.

I have also rediscovered construction and experimentation with fischertechnik for some years now. Needless to say, the 3D printer has already proved its worth in projects with this great construction and proto-typing material. 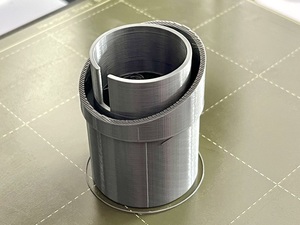 More information about the various types of 3D printing filament